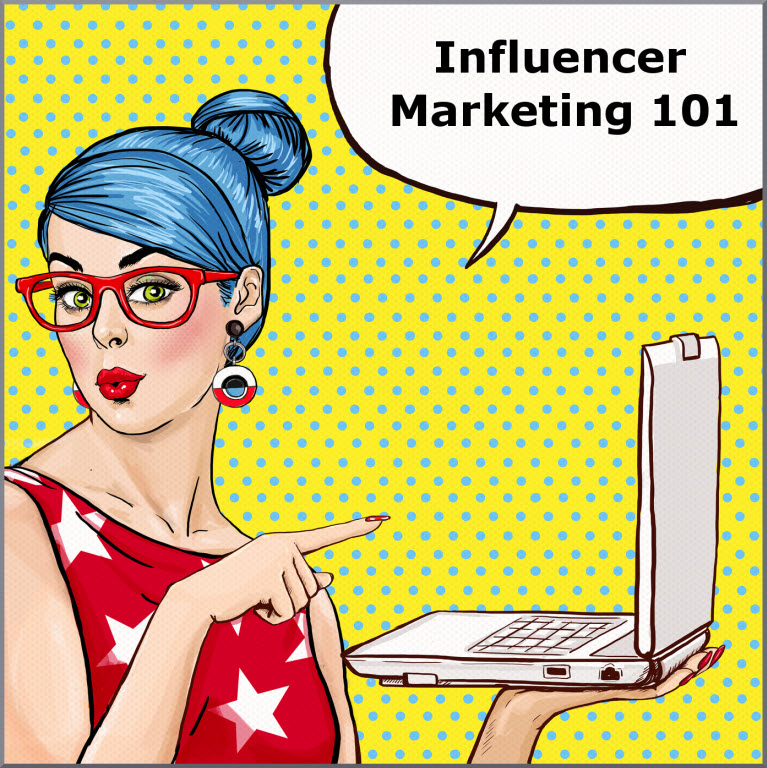 1) Determine What You’re Promoting: The first thing you need to determine is what you’re going to promote. Will it be a specific product, a great article about your product or company, a trend you’ve identified in your market, an upcoming event or contest? Start with one thing and build around it.

2) Create the Content: If you will be trying to get bloggers to write about your brand, you need to create proposals and pitches asking them to write product reviews or to otherwise feature you in blog posts. Here at StatePoint Media, we focus on getting key influencers to post to their social media accounts on Facebook, Twitter, Pinterest and Instagram to share our clients’ topical stories with their followers.

If you are focusing on getting social influencers to post on their social accounts, you need to come up with some suggested posts to share with them in your pitches. A good starting point is to come up with 3 suggested Twitter posts and 1-2 Facebook posts per initiative. And remember, don’t make these too promotional or nobody will want to post on your behalf and, more importantly, their followers won’t engage. They won’t click, like or share the content and help it spread organically on social media to other potential customers. When you pitch the influencers, encourage them to post in their own voices to make this content more impactful with their followers.

3) Compile Your List of Target Influencers: Knowing what you are going to say and how you will say it is only a third of the battle. Next you have to figure who to target.

Start by coming up with target influencers. You can do this by finding influencers yourself by searching on the web for blogs that focus on your topic or category and then compiling a list of blogger contacts. You can also search on social media networks like Facebook and Twitter. Or, you can pay to make use of third-party databases and services that already have pre-compiled lists of bloggers and social influencers for marketers. Make sure to find influencers who have a sizable enough following and whose posts generate a good number of interactions from followers.

4) Vet the Influencers’ Blogs: Before adding an influencer to your target list, vet his or her blog by confirming that it features frequent posts about your topic and by reading these posts to make sure their tone and content meshes with your goals.

5) Vet the Influencers’ Social Media Accounts: Check to make sure the influencer is posting often enough on Facebook, Twitter, etc. Dig down and read through several months’ worth of posts to confirm he or she is sharing ones that focus on key topics that align with your messages and areas of interest. Make sure the influencer’s voice will work well with the tone of your brand. Ask yourself: do they garner a good amount of social interactions for their posts: likes, shares, comments, etc.?

6) Vet the Influencers’ Social Media Followers: It’s not enough to simply read through an influencer’s own posts on social media. You should seriously vet their followers. For example, if your brand only is available in the United States, don’t target an influencer whose followers primarily live overseas. Make sure to review follower comments to see if they are respectful and substantive, demonstrating deep engagement with the posts.

7) Create a Schedule / Calendar: Before you reach out to the influencers, create a calendar of available slots. When would you want them to post to their blogs or social media accounts? You will need to communicate deadlines to them. If you are trying to promote an initiative during the holiday season, for instance, it won’t help if influencers post in January!

8) Pitch the Influencers: You will need to create a pitch email that shares your goals and tells the influencers what you want them to do. In addition to describing your initiative and sharing suggested social posts, you will have to negotiate fees if you will be doing paid social influencer outreach. Many influencers post rate cards on their blogs or share their rates in third party social media influencer databases and services. You will need to settle on a fee for blog posts or social media posts before moving ahead. And make sure the influencer clearly identifies the post as paid, if any consideration is changing hands, so as not to run afoul of government requirements.

9) Confirm the Influencer Posts: Before you can claim success, make sure you confirm each and every post. Did it appear correctly? Did it run during the right timeframe? Did it include the correct hashtags or URLs linking to your content?

10) Pay the Influencers: You will need to cut checks or make e-payments to your influencers. It’s probably best to coordinate with your company’s accounts payable department, as they can also help with properly handling tax documents, such as 1099 forms for each influencer you pay.

11) Compile Reports of Your Results: The bane of many marketers’ existence is compiling reports for key constituents. Make sure to compile a list of every post that includes the name, date, social network and audience size reached. Clearly list and break down likes, shares, follows, comments, etc. for each post and in aggregate. Make sure to include the number of clicks to your content, if possible. This can be time consuming, even when using third-party monitoring tools. This is especially true when you realize you need to return multiple times to the posts to check for social interactions, since these numbers build over time as followers commune around the posts.

If everything above sounds time consuming that’s because it is. Doing it right is not a fast proposition, these days. Here at StatePoint we take all of these things into consideration when amplifying our clients’ feature stories, infographics and listicles on social media via key influencers who are thought leaders in their markets. This is also why many marketers rely on PR, marketing or social media agencies to craft and execute influencer marketing campaigns for their branded campaigns.

The Right Content is Key to Your Influencer Marketing

5 Tips to Get the Most Out of Your Content Marketing